The OpenNebula project is proud to announce the availability of OpenNebula 3.8 Beta (Twin Jet). This release brings many new features and stabilizes features that were introduced in previous versions.

OpenNebula 3.8 enhances the integration with VMware and KVM, which are the most widely used hypervisors in OpenNebula clouds, and with heterogeneous infrastructures using multiple hypervisors. Twin Jet features an improved storage VMware interface with native support for VMFS and integration with cgroups and SPICE on KVM deployments. This new version seamlessly integrates with the new Virtual Router in the OpenNebula marketplace to provide L3 services based on the OpenNebula virtual networks.

Twin Jet also enhances the EC2 Query API server, which now provides a complete implementation of the Elastic Block Store (EBS) and keypairs, along with other minor enhancements to be more compliant with the Amazon EC2 specification. The OCCI cloud API now brings new actions and hotplugging functionality.

Finally, OpenNebula 3.8 extends actions in the virtual machine life-cycle to enhance robustness and integration capabilities, and brings new features in the Sunstone and Self-service portals.

An important effort has been made to synchronize the packaging format used by the OpenNebula project and those used by the Linux distributions. We hope that this will make even more easier to get and set OpenNebula up and running.

With this beta release, OpenNebula Twin Jet enters feature freeze and we’ll concentrate on fixing bugs and smoothing some rough edges. This release is aimed at testers and developers to try the new features.

As usual OpenNebula releases are named after a Nebula. The Twin Jet (also known as Minkowski’s Butterfly, or the Wings of a Butterfly Nebula) is a planetary nebula,  located about 2,100 light-years away from Earth in the direction of the constellation Ophiuchus. 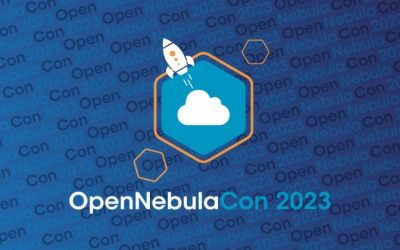 Welcome to the 10th Edition of OpenNebula Conference – OpenNebulaCon2023