The RESERVOIR project organized an OpenNebula training session in Brussels on January 27-28, 2011. The training was given by CETIC and the DSA-Research.org group at UCM, taking place in the IBM Meeting Room at Digitaleurope. It featured an extensive tutorial on how to install, configure, tune and use OpenNebula to build Private, Hybrid and Public clouds. It also included a last session by IBM presenting its integrated Private Cloud Service Delivery Platform. The material from the training can be downloaded from the OpenNebula site and from the RESERVOIR site. 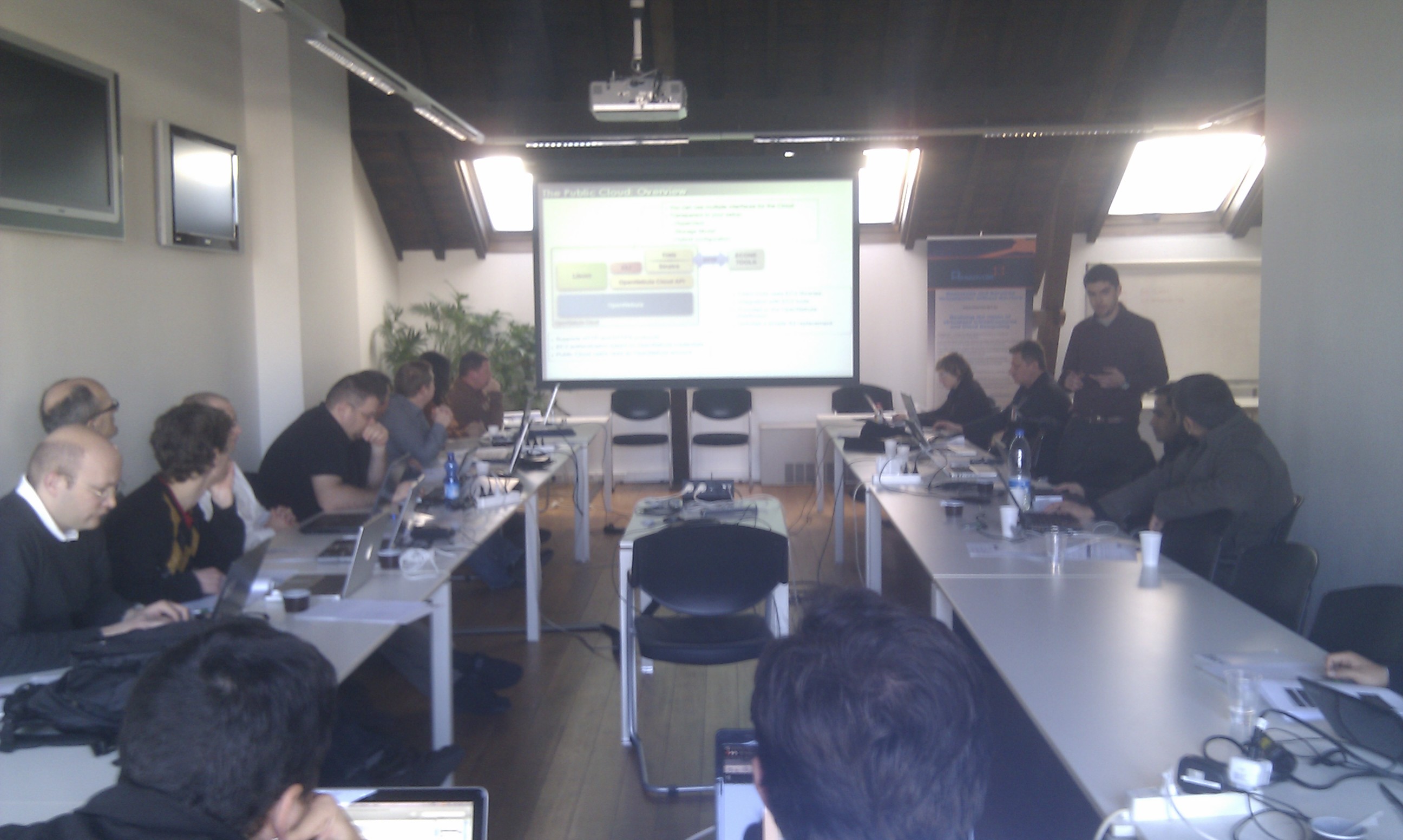 The event was attended by several organizations that actively use or are planing to use OpenNebula as their core toolkit to build clouds. Attendees included people from several companies, such as Capgemini, Guardis, 4D-Consult, Orange, Logica IT, Engineering, Alcatel-Lucent, Philips, SNCB and CAET; from grid and supercomputing centers, such as PDC, EGI, NIKHEF and JSC; from academia and research institutions, such as UPM and INRIA; and from government and public administration, such as European Commission. Many of these organizations have shown their interest to engage in the OpenNebula community.

All in all, it turned out to be a successful and very formative event. Given the success of this training, additional sessions will be organised within the upcoming months. Details will shortly be made available.