Happy New Year, everyone! This is our first newsletter of 2012, summarizing everything that happened during the last month of 2011. In case you haven’t read it yet, remember we’ve also published a Year in Review post with all the exciting stuff that happened in the OpenNebula project and its community during 2011.

Thanks to our new rapid release development cycle, this past month we released a beta and a Release Candidate of OpenNebula 3.2. This new release will include full support for VMWare, a whole slew of new network and security management features in OpenNebula core, and several improvements to Sunstone, OpenNebula Zones and VDCs, and our OCCI interface.

One of the new features that is becoming increasingly popular is OpenNebula Zones, and we published a screencast that explains this feature in more detail and shows how you can use it to manage multiple OpenNebula instances.

We also added a new HOWTO to our wiki explaining how to develop new external cloud drivers in OpenNebula, which allow OpenNebula to interact with external cloud providers in a “hybrid cloud” manner. OpenNebula currently includes drivers to interact with EC2 to combine local resources with resources from EC2, but we provide a driver framework that allows other developers to add support for additional clouds.

A member of the OpenNebula community, Giovanni Toraldo, has written a book on OpenNebula 3 which is scheduled to be released in June 2012. We’re sure this will be a great asset for newcomers to OpenNebula and cloud computing in general!

Sebastien Goasguen’s team at Clemson University added an OpenNebula cloud to FutureGrid. They also prepared a screencast showing how to use CernVM to deploy VMs on Clemson’s Opennebula cloud.

Several community members presented the result of their work with OpenNebula at the eScience 2011 Workshop on Cloud and Virtualization for Industry.

The OW2 Open Source Cloudware Initiative has produced CompatibleOne, a new open source project that aims to provide interoperable middleware for the description and federation of heterogeneous clouds comprising resources provisioned by different cloud providers. In particular, CompatibleOne can broker resources from both OpenNebula and OpenStack clouds. Check out their website for a demo.

Canada Cloud presented an interesting “Catalyst Project” describing how OpenNebula could be applied in key areas such as E-Health Ontario’s ONE Services program.

OpenNebula has a big event coming up. OpenNebula has been invited by the European Commission to speak at the 4th EU-Japan Symposium on New Generation Networks and Future Internet in Tokyo the 19th of January, 2011. If you’ll be there, and want to meet with the OpenNebula team, make sure to drop us a line at contact@opennebula.org.

We also have the following events coming up:

Remember that you can see slides and resources from past events in our Outreach page. 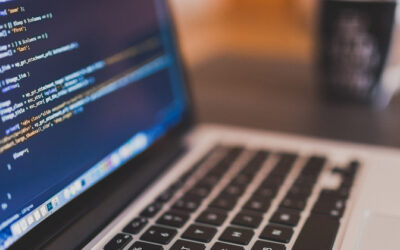