One of the biggest features in the recent OpenNebula 5.8 “Edge” release is, no doubt, the support for Linux containers (LXD) – which we already covered in our blog.

If you are tempted to give it a try, go ahead, it’s really simple! You can start in AWS with the common Ubuntu 18.04 image and the whole setup from start to finish won’t take you more than a matter of minutes.

The minimal recommended size is perhaps t2.medium.  Just give it at least 25GB disk space and allow access to the 9869 TCP where the WebUI is running.

grant execution permission to the tool

When it’s done, you can follow the MiniONE guide try-out section to launch your first containers. “miniONE” prepares one image and template for you – Centos7 – KVM, but no worries about the name as it works also for LXD. Also, the virtual network is exactly the same – no differences at all. The scheduler just checks what available hosts (hypervisors) there are and decides what to launch. And as we run miniONE with the –lxd parameter, the LXD host will be configured.

Feel free to check other images from the OpenNebula Marketplace, or you can also create an additional Marketplace with https://images.linuxcontainers.org/ backend which contains plenty of upstream LXD containers. 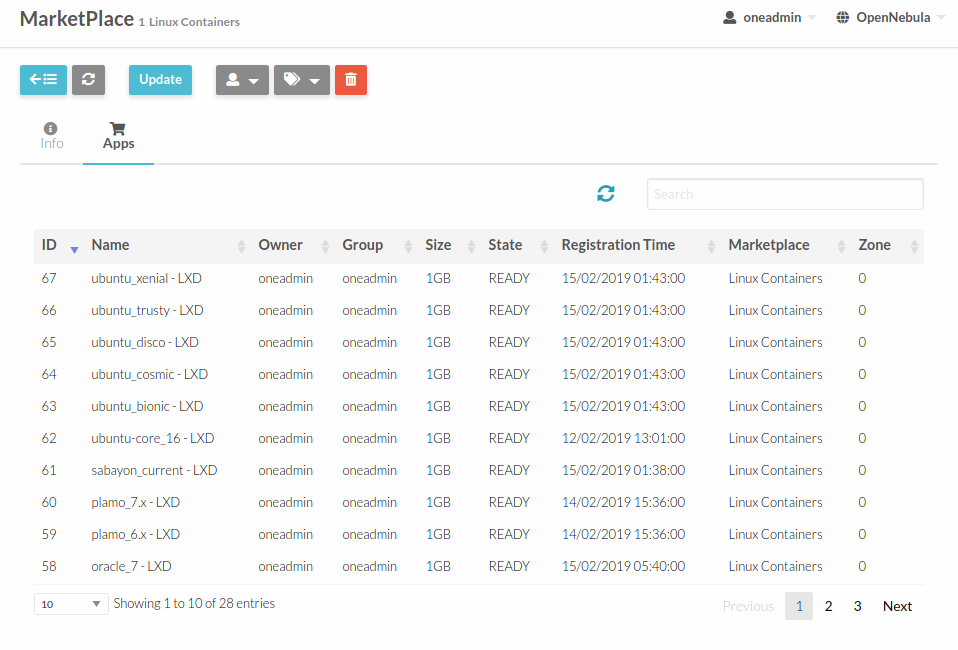