February 3rd, 2014. The OpenNebula team is pleased to announce a beta release of AppMarket 2.0. This release includes important features that are a direct result of feedback from production deployments.

This release extends the AppMarket functionality by adding a new set of features that enables the management and processing of OVA files. A new component AppMarket Worker is introduced, which handles the OVA package treatment (download, unpack, OVF parsing) and image format conversion. This release also features a new API and a new AppMarket interface via Sunstone.

In the following list you can check the highlights of AppMarket 2.0 Beta:

A new horizontally-scalable component that subscribes to the AppMarket and executes jobs. It enhances the AppMarket functionality by adding:

These new features will be only available interacting with AppMarket from an OpenNebula 4.6 deployment. If you want to test them before OpenNebula 4.6 is released, you can use the master branch of OpenNebula.

The new features introduced in the AppMarket 2.0 were funded by Produban in the context of the Fund a Feature Program. 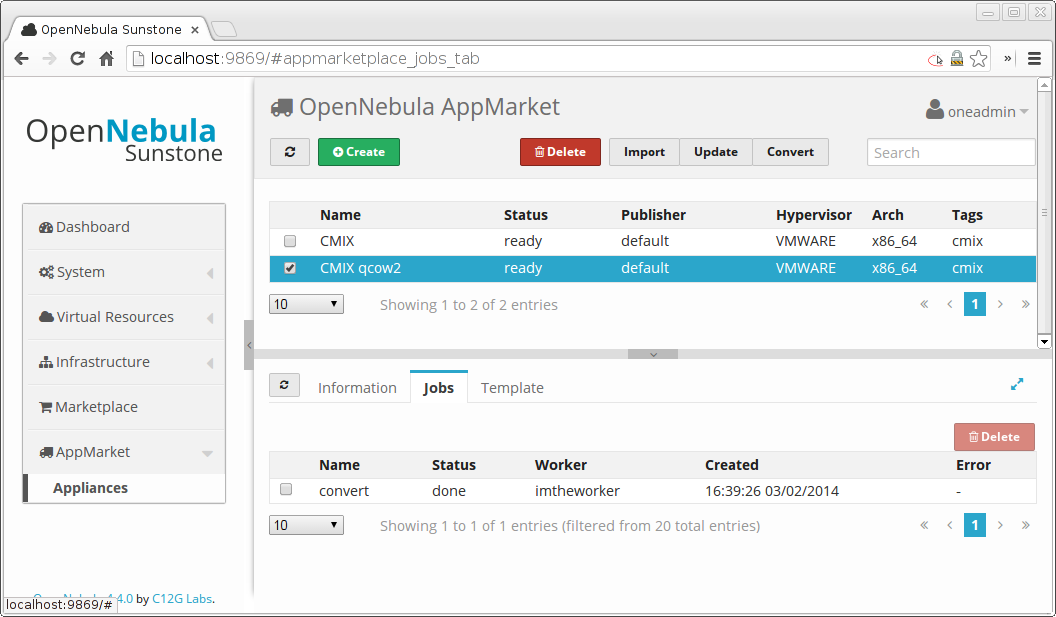