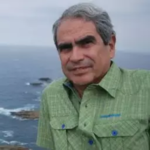 Last week, we participated in a panel discussion about Edge Computing organized by DCD at their Building the Edge event. Along with colleagues from tech companies such as Equinix Metal and Nokia, I was invited to join this debate to explain how OpenNebula is contributing to defining the standards and pushing the boundaries of Edge Computing. The way we have become a disruptive technology in this amazing field, as many of you already know, is thanks to the ONEedge project, the EU-funded initiative behind OpenNebula’s recent transformation into a powerful open source Edge Computing platform!

But, where are we in the evolution of this new paradigm? Edge Computing as we know it nowadays started around 2016, and has now become a common term that is easily understood by most users. And the good thing is that it doesn’t only involve Big Tech! We are now seeing how those players that are closer to the end users (i.e. telcos, electric utilities, railway companies, etc.) are also starting to put in place their own Edge Computing strategies. In that sense, 5G opens up a whole new world of possibilities, but involves some risks too, such as those associated with certain telco-hyperscaler business models that, in fact, might end up increasing the technological dependencies in proprietary solutions of some of the emerging edge providers.

One of the characteristics of Edge Computing is that there is no consensus on where this famous ‘edge’ lies. There is not a single definition, and there will probably never be one, and in fact, from our perspective, the so-called “Cloud-Edge Continuum” must also include the core data centers of those organizations willing to deploy applications and services at the edge—what we call a “Datacenter-Edge Continuum“. We believe that it is users, not technological tools or vendors, who should decide what, and where, ‘the edge’ is for them. Solutions like OpenNebula have to be able to give them the freedom to use the resources they need, when and where they need them, wherever they are available.

To support the development and extend the use of Edge Computing, we believe that users require simple tools that allow them to deal easily with provisioning and automation tasks, workload portability, and management of edge infrastructure. These tools have to prevent vendor lock-in, creating a layer of abstraction on top of public cloud and edge providers, while taking an agnostic approach towards deployment, operations and management of VM- and Container-based applications and services.

Heterogeneity at the infrastructure layer is, and will probably be, a great benefit for users as Edge Computing develops in the near future, adapting this new technology to the users’ real needs. What we are doing at OpenNebula is to develop a powerful open source middleware solution that can leverage those edge resources, abstracting the underlying diversity of providers and APIs, and making it easier for users to focus on their business rather than on the infrastructure resources they need.

Getting the most out of this scenario requires great network capillarity, something that telecommunications, electric utilities and railway infrastructure managers have in abundance. They must get ready to exploit those resources with open solutions that guarantee that the users of their Edge Clouds retain the freedom to choose and pick the most appropriate solution, tailored to their changing needs, without having to become experts in cloud deployments and management. As we explained at DCD’s event last week, this is ‘the edge’ OpenNebula is helping to build… Now, are you ready to join us in this amazing journey? 🚀

ℹ️ To find out how to set up your Edge Cloud with OpenNebula, visit OpenNebula.io/edge-cloud