The OpenNebula project is proud to announce the availability of OpenNebula 4.14 ‘Great A’Tuin’ Beta1. This release ships with several improvements in different subsystems and components. The Sunstone interface has been completely refactored, for maintenance and performance reasons. Expect major improvements in Sunstone from now on. Also, we are sure you will like the subtle changes in the look and feel. 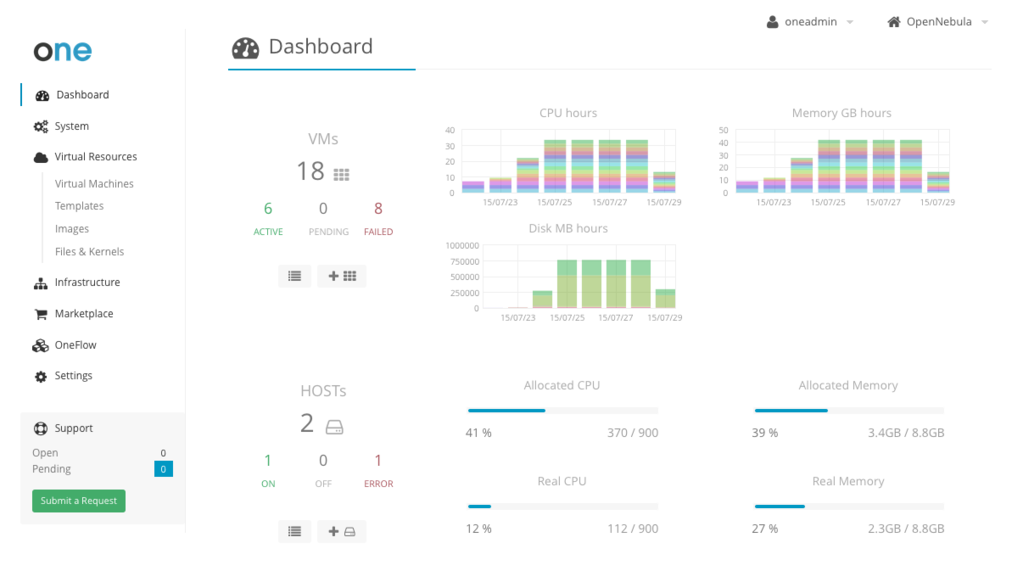 Several major features have been introduced in Great A’Tuin. One of the most interesting for cloud users and administrators is the ability to create and maintain a tree of VM disks snapshots. Now VM disks can be reverted to a previous state at any given time, and they are preserved in the image if it is persistent in the image datastore. For instance, you can attach a disk to a VM, create a snapshot, detach it and attach it to a new VM, and revert to a previous state. Very handy, for instance, to keep a working history of datablocks that can contain dockerized applications. 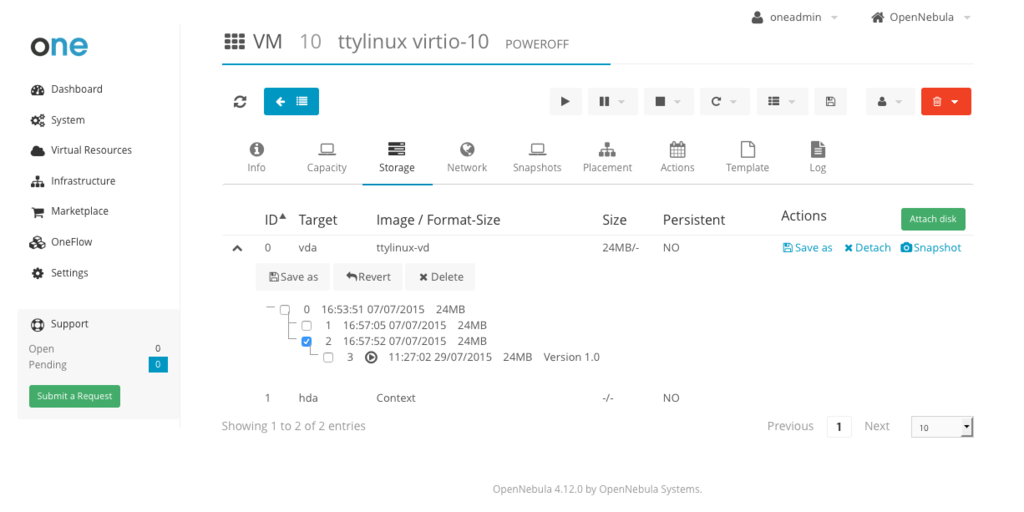 Also, in 4.14 snapshots are taken into account for quotas, accounting and showback, so cloud admins can keep track of disk usage in their infrastructure.

The ability to save VMs into VM Templates for later use is another feature that must be highlighted in this release. This new operation is accessible both from the cloud view and the admin Sunstone view. Of course, also from the command line interface.

One great improvement for cloud admins is a much better state management of VMs. It is now possible to recover VMs from failed state instructing OpenNebula to take the last action as success, to retry it or to make it fail gracefully, to recover for instance from failed migrations.

There are many other improvements in 4.14 (check the full list of changes in the development portal):

Overall, a great effort was put in this release to help build and maintain robust private, hybrid and public clouds with OpenNebula.

This OpenNebula release is named after Great A’Tuin,  the Giant Star Turtle (of the fictional species Chelys galactica) who travels through the Discworld universe’s space, carrying four giant elephants who in turn carry the Discworld. Allegedly, it is “the only turtle ever to feature on the Hertzsprung–Russell diagram.”

The OpenNebula team is now set to bug-fixing mode. Note that this is a beta release aimed at testers and developers to try these new features (not production environments) and send a more than welcomed feedback for the final release. There are a number of very interesting features that will make their appearance in the final release but not present in the Beta1, like for instance better support for Qcow2 for live snapshotting and GPU support for VMs.