The OpenNebula project is proud to announce the availability of OpenNebula 4.6 Beta (Carina). This release brings many new features and stabilizes features that were introduced in previous versions.

OpenNebula 4.6 introduces important improvements in several areas. The provisioning model has been greatly simplify by supplementing user groups with resource providers. This extended model, the Virtual Data Center, offers an integrated and comprehensive framework for resource allocation and isolation.

Another important new feature has taken place in the OpenNebula core. It has undergone a minor re-design of its internal data model to allow federation of OpenNebula daemons. With OpenNebula Carina your users can access resource providers from multiple data-centers in a federated way.

With Carina the OpenNebula team has started a journey to deliver a more intuitive and simpler provisioning experience for users. Our goal is level the final user usability with the system administration and operation ones. First, the Sunstone graphical interface has been tweaked to help the user workflows. It has also been improved in order to support the new Marketplace version, which makes even easier for a user to get a virtual application up and running.

Finally, some other areas has received the attention of the OpenNebula developers, like for example a better `Gluster <gluster_ds>` support through libgfapi, improved access to large pools pagination, or optionally limit the resources exposed by a host, among many others are included in Carina.

As usual OpenNebula releases are named after a Nebula. The Carina Nebula (NGC 3372) is one of the largest nebulae the sky. It can only be seen from the southern hemisphere, in the Carina constellation. 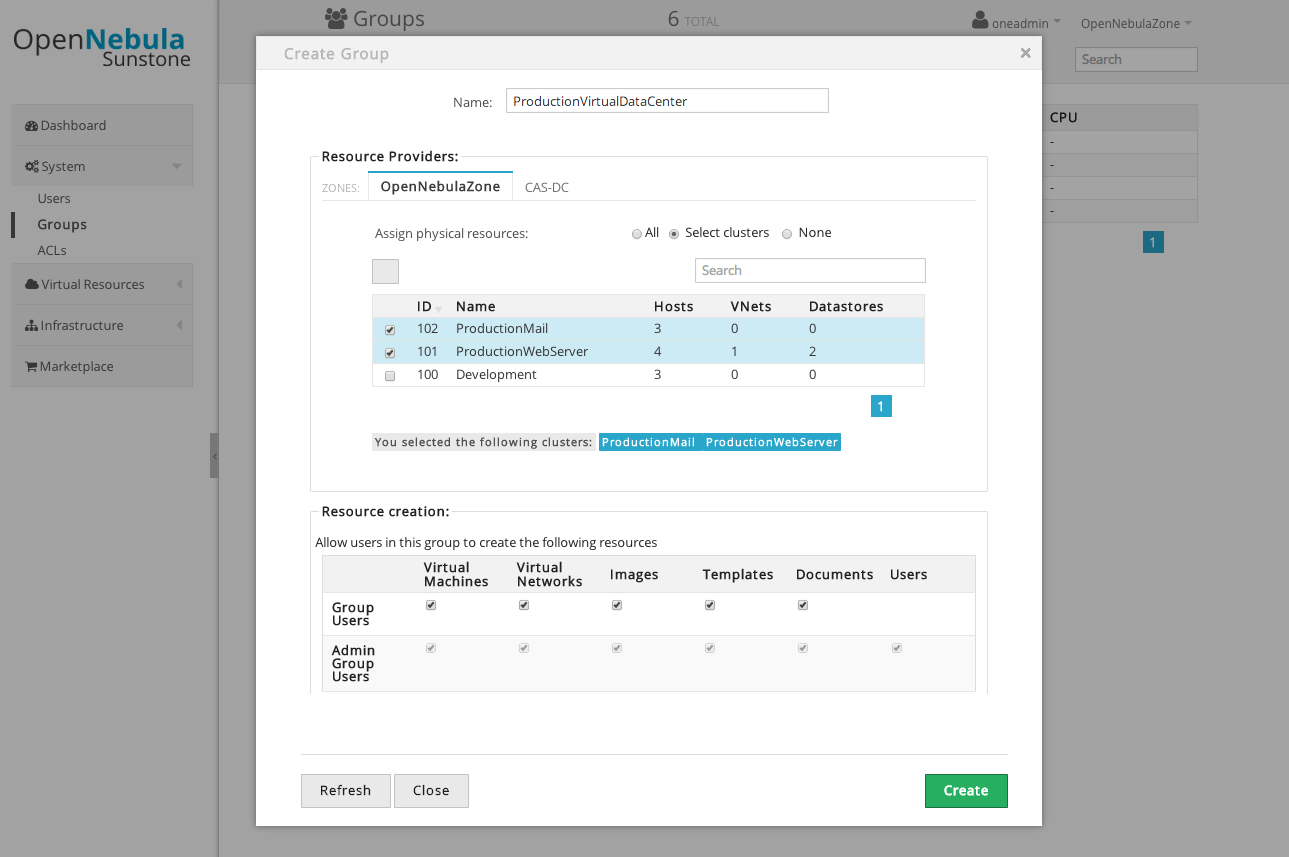