The OpenNebula project is proud to announce the availability of the first beta release of OpenNebula 5.4 ‘Medusa’. This version is the third release of the OpenNebula 5 series. A significant effort has been applied in this release to stabilize features introduced in 5.2 Excession, while keeping an eye in implementing those features more demanded by the community.

As usual almost every component of OpenNebula has been reviewed to target usability and functional improvements, trying to keep API changes to a minimum to avoid disrupting ecosystem components. An important focus has been on the vCenter integration, with an enhanced network and storage management. Also, new components have been added to improve the OpenNebula experience. 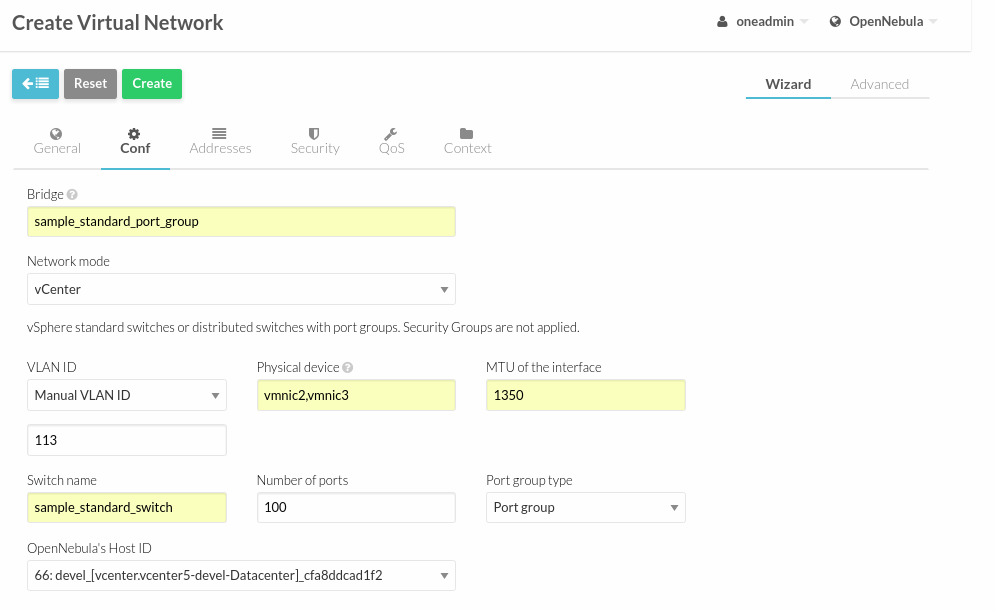 A new resource to implement affinity/anti affinity VM-to-VM and Host-to-Host has been added to OpenNebula, the VM Groups. A VM group is a set of related virtual machines that may impose placement constraints based on affinity and anti-affinity rules. A VM group is defined as a set of Roles. A Role defines a VM type or class, and expressions to the VM Group can be added to define affinity between VM roles, or between VM and hosts. This ensures a dynamic approach to affinity/anti affinity since new VMs can be enrolled to a particular Role at boot time, after the VM Group has been defined and other VMs added to it. 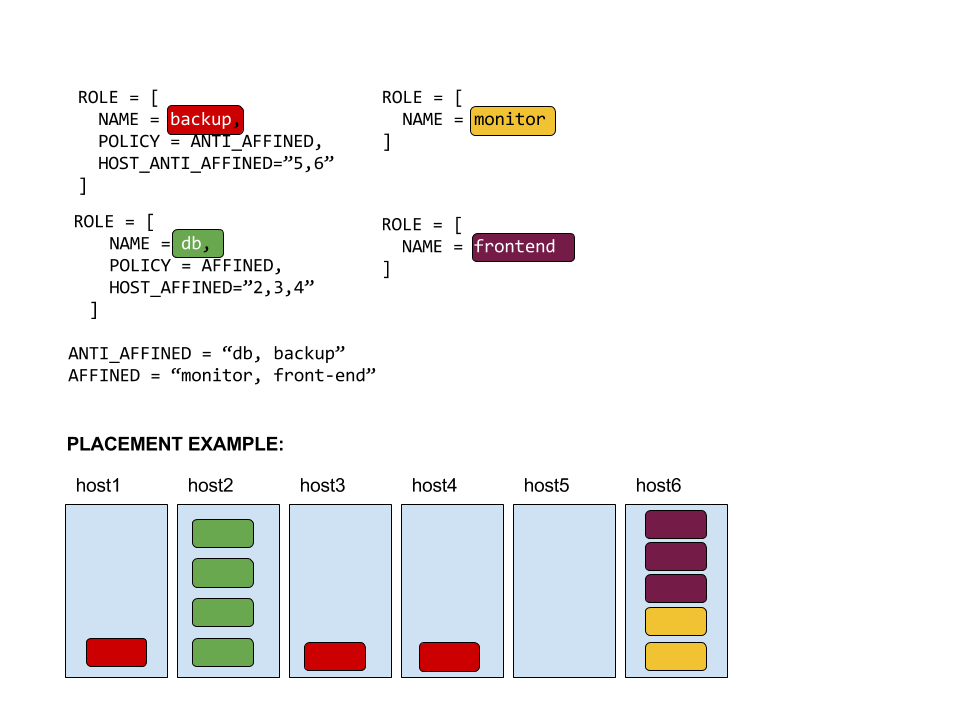 To top it all, OpenNebula 5.4 brings to the table a native implementation of a consensus algorithm, which enables the High Availability deployment of the OpenNebula front-end without relying to third party components. This distributed consensus protocol provides fault-tolerance and state consistency across OpenNebula services. A consensus algorithm is built around two concepts, System State -the data stored in the database tables- and Log -a sequence of SQL statements that are consistently applied to the OpenNebula DB in all servers-. To preserve a consistent view of the system across servers, modifications to system state are performed through a special node, the leader. The servers in the OpenNebula cluster elects a single node to be the leader. The leader periodically sends heartbeats to the other servers (follower*) to keep its leadership. If a leader fails to send the heartbeat, followers promote to candidates and start a new election. This feature, with support from floating IPs and a proper Sunstone configuration, gives robustness to OpenNebula clouds. This new functionality of distributed system state is also used to implement OpenNebula federation. In both cases (Federation and HA) no support is needed from MySQL to create a clustered DB, so admins can forget about MySQL replication.

This OpenNebula release is named after the Medula Nebula, a large planetary nebula in the constellation of Gemini on the Canis Minor border. It also known as Abell 21 and Sharpless 2-274. It was originally discovered in 1955 by UCLA astronomer George O. Abell, who classified it as an old planetary nebula. The braided serpentine filaments of glowing gas suggests the serpent hair of Medusa found in ancient Greek mythology.

The OpenNebula team is now set to bug-fixing mode. Note that this is a beta release aimed at testers and developers to try the new features, and send a more than welcomed feedback for the final release. Note that being a beta there is no migration path from the previous stable version (5.2.1) nor migration path to the final stable version (5.4.0).