The OpenNebula Project is pleased to announce the release of a new version (3.1.80) of the OpenNebula drivers to build clouds on Microsoft Hyper-V. From its first release in October 2011, we have been working with some of our users to improve the stability of the integration prototype and to incorporate more functionality. The main aim of this new release is to enhance the performance and scalability of the drivers and to simplify its deployment by leveraging technologies commonly available in Windows environments, like Windows Remote Management. This release also updates the drivers to work with the latest stable version of OpenNebula (3.2). We are planing to deliver a stable version, which will  incorporate all the new features, in few weeks. You can find more technical details in the Hyper-V page of the OpenNebula ecosystem. 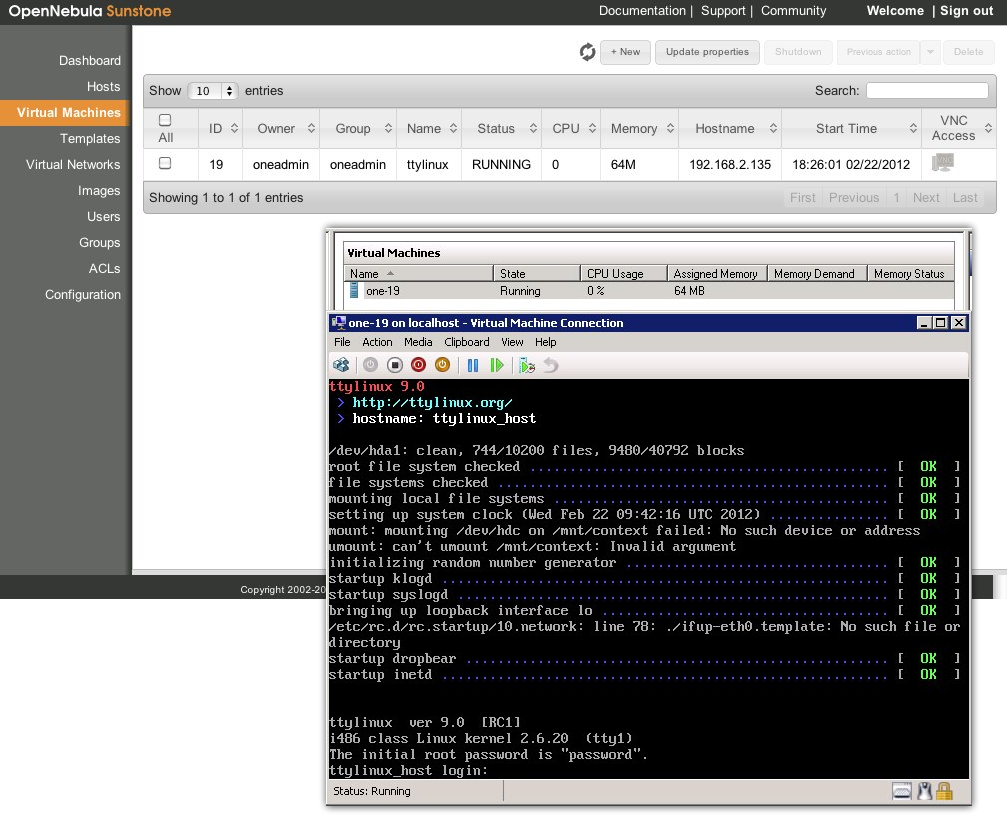 This development is a new result of our collaboration with Microsoft on innovation and interoperability in cloud computing. In January 2012, we announced  the continuation of this collaboration aimed at bringing the existing OpenNebula HyperV interoperability to a more stable version and to enhance its features.